Designed specifically to work with K (keys, synths), G (guitar) and B (bass), the Valco KGB Fuzz is the multi-function/tone-sculpting fuzz machine missing from your rig.

The Valco KGB Fuzz 1.2 is a multi-function/tone-sculpting fuzz machine, designed to work within a sound-creation chain or as a regular standalone fuzz pedal (and everything in between!) 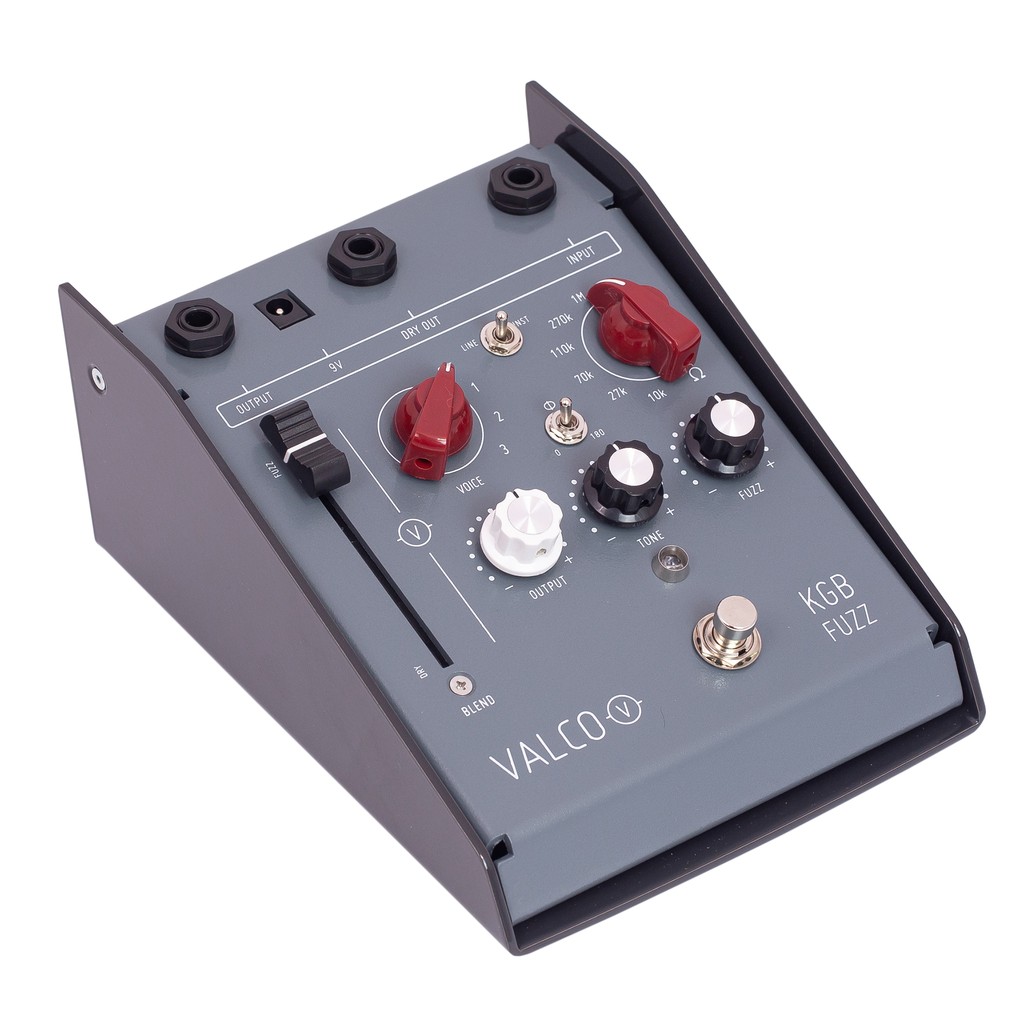 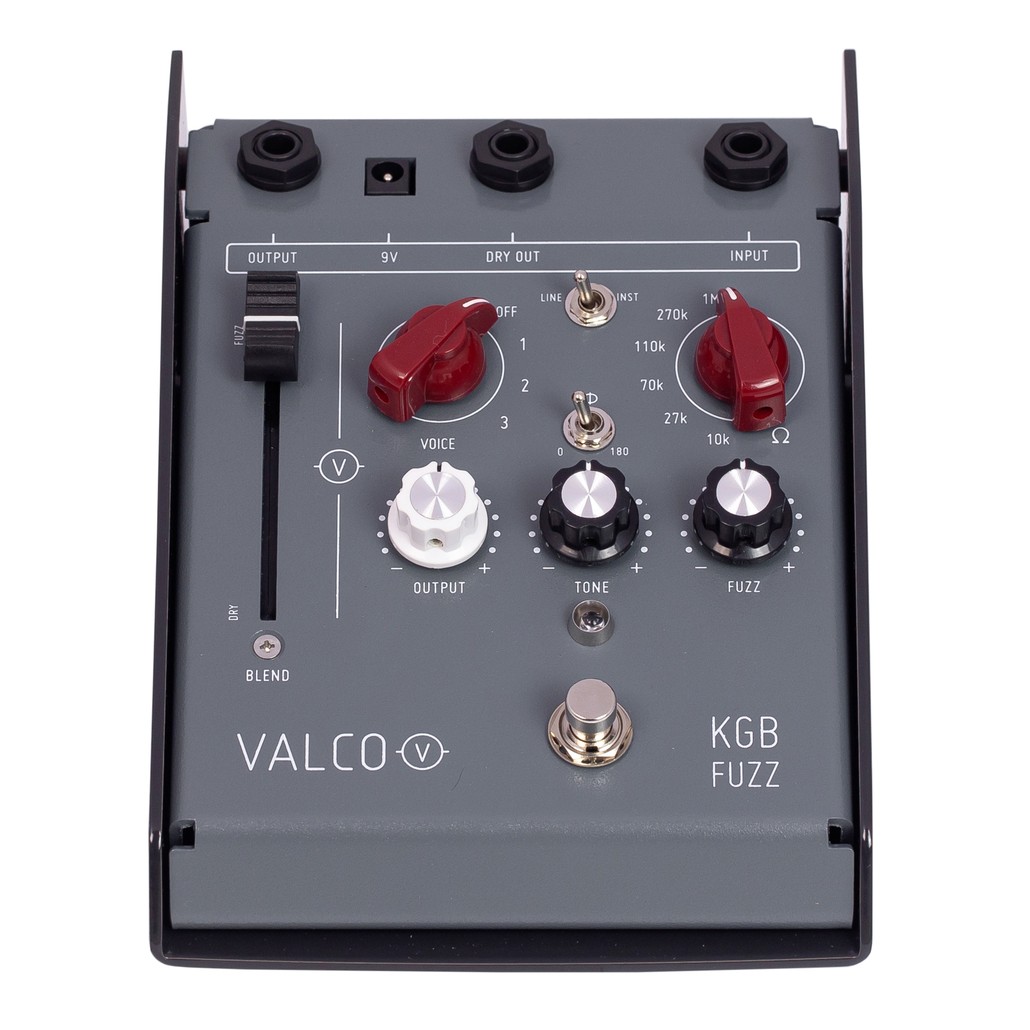 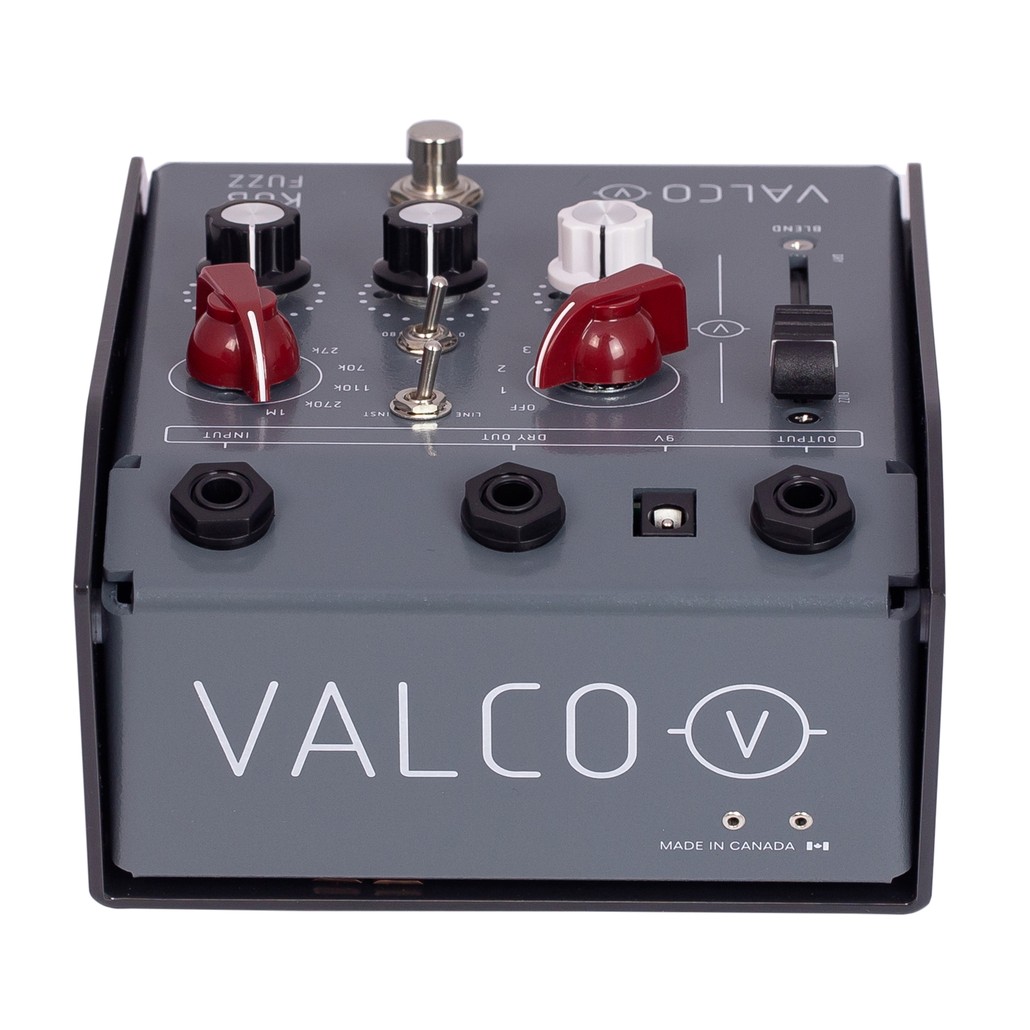 The KGB is designed specifically to work with K (keys, synths), G (guitar) and B (bass). The Variable Input Impedance works best with passive instruments (guitar / bass) and allows tone-sculpting with or without the fuzz circuit engaged.

Lower settings yield softer dynamics / transients with a notable ‘rounded/vintage’ feel and tone. Higher settings gives a sharper high frequency response with a more direct / aggressive transient feel and more perceived gain. This makes for a great ’shaping’ control, where you can tune the pedal for its best response to the pickups you are using and how you want them to react/feel. 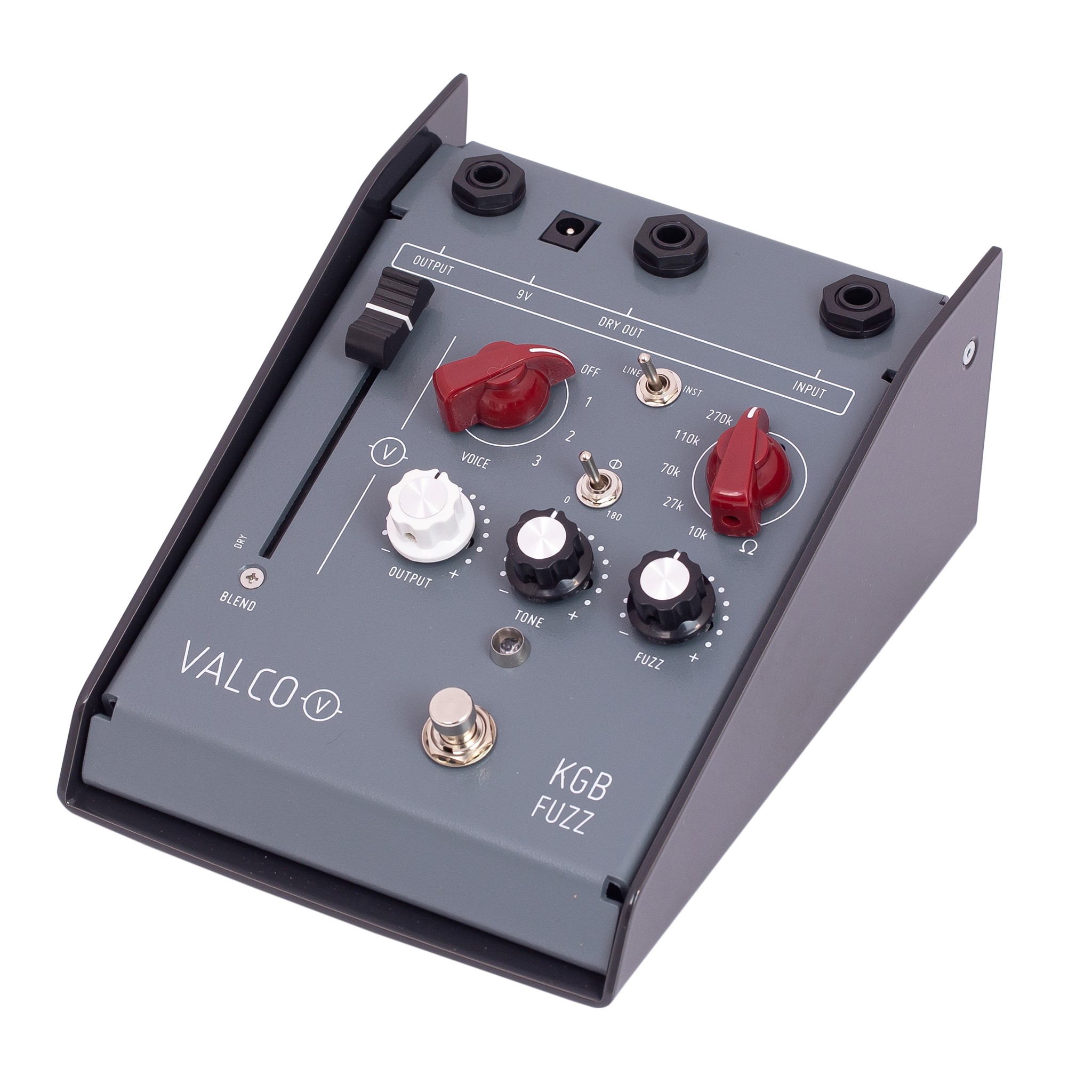 To install or replace 9V battery (not included), grab one of the footswitches and use it to lift the top cover of the pedal case up and swing it back. Snap the battery clip onto the battery terminals and place the battery in the spring clip at the inside back left of the housing cover. The battery is connected whenever a plug is inserted into the inserted into the jacks. Be sure to unplug from the jacks when pedal is not in use.

If an AC adaptor plug (not included) is inserted, the internal battery is disconnected. Replace battery when you detect a loss of signal output level, unusual distortion, or a dimming of the LEDs.

Masterfully Built Pedals. Built from the Finest Components. Available Worldwide to your Door